Home Music Education Why We Need Music in School – A Response

Why We Need Music in School – A Response 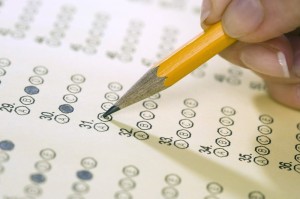 Music education is good because it helps raise students’ test scores. I recently read an article by teacher and blogger Peter Greene that adamantly contends we should not use this argument to justify music education.

Hmmm. Why not? If test scores go up when music is part of the school curriculum, doesn’t this tell us something important about the power of music?

It seems to me we have a “both-and” situation here. I agree with Greene that we should value music in schools because of music itself. Music is universal, it’s beautiful, it helps us get in touch with our deepest feelings. It’s transcendent, builds community and helps everyone participating feel like a winner. And for many students, it’s one of the highlights of school.

But wait, there’s more! Music also has this incredible effect on the brain. Let’s celebrate that the field of neuroscience has been very busy documenting the beneficial impacts. Bestsellers such as the late neurologist Oliver Sacks’ Musicophilia and neuroscientist Daniel Levitin’s This is Your Brain on Music have brought scientific research on the human experience with music into the popular culture.

Levitin’s book contains elaborate brain diagrams showing that nearly all parts of the brain are utilized in processing musical experiences, not just those related directly to listening and language, but also the memory center in the hippocampus, the timing circuits in the cerebellum, the planning centers in the frontal lobe, and the motor, sensory and visual cortexes.

Sacks noted that these many different parts of the brain often work together when one is making music.  “For the vast majority of students,” Sacks wrote, “music can be every bit as important educationally as reading or writing.”

Shouldn’t the fact that music is good for your brain be one of the main reasons for teaching music in school? Why not make a connection between musical aptitude and many other abilities?

As Harvard’s Howard Gardner explained in his landmark work on multiple intelligences, musical intelligence “should be viewed differently from our other intelligences, because it carries more emotional, spiritual and cultural weight than the other intelligences. While also helping people organize the way they think and work, it helps them develop in other areas, such as math, language, and spatial reasoning.”

I’ve been particularly drawn to the connections between music and learning to read. Music is a natural fit with learning about sound, about rhymes, about language. I often say that music is actually the best way to learn many early literacy skills. But you don’t have to believe me, just consider some of the many studies out there that confirm this conclusion.

Studies going back nearly fifty years show a correlation between instruction in the Kodály music system, a folk song-based method which originated in Hungary, and improvement in students’ reading ability. This relationship was tested first in the Hungarian student population (Kokas, 1969), and again in American children during their first year of school (Hurwitz et al., 1975).  The Hurwitz study found significant differences in academic achievement, including reading, between children who had received the Kodály music instruction and those who had not.

Sure, let’s absolutely enjoy music for its own sake, but let’s also connect music to literacy, math, science and social studies. Why limit the benefits of music to the music classroom?

Perhaps, as Greene suggests, it’s unfortunate that we need to use improving test scores to justify anything we do in schools. But I’m coming to accept that education is increasingly data driven, and in many ways that’s not a bad thing, as long as it’s kept in the proper perspective. (And yes, I know that it often isn’t.)

The bottom line is I’m not surprised at all about the correlation between studying music and achieving higher test scores. And if that’s what it takes to keep music programs in schools, by all means keep using that argument!