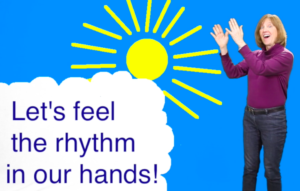 I just made a new video of one of my favorite literacy songs, “Dr. Knickerbocker.” Find it now on my youtube channel, LizBuchananMusic, by clicking here.

“Dr. Knickerbocker” is somewhat ubiquitous in kids’ music circles, having been featured on at least two children’s TV shows and in numerous books. It’s mainly a movement song, inviting listeners to tap, clap, stomp or shake the rhythm with various body parts.

My musical colleague Brigid Finucane checked out the origins of the song and found this info on a highly informative website,

Beth’s Notes.  “The term “Knickerbockers” traces its origin back to the Dutch settlers who came to the New World — and especially to what is now New York — in the 1600s. Specifically, it refers to the style of pants the settlers wore … pants that rolled up just below the knee, which became known as ‘Knickerbockers,’ or ‘knickers.’ Through history, the Dutch settler ‘Knickerbocker’ character became synonymous with New York City. The city’s most popular symbol of the late 19th and early 20th centuries was ‘Father Knickerbocker,’ complete with cotton wig, three-cornered hat, buckled shoes, and, of course, knickered pants.”

You can find many versions of this song on the internet. One of my favorites is by Alina Celeste and Susan Salidor, my friends from The Children’s Music Network.  You can find it by clicking here. 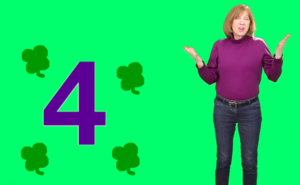 I decided to take “Dr. Knickerbocker” a step further and invite children to sing rhyming lines and count down from nine. You can sing the tune or do this rhyme as a chant, beginning with the first verse:

Inexplicably, most versions of this song/chant never go below nine, and some have no 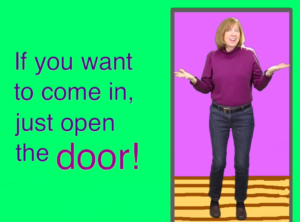 numbers at all. My recording of the song counts down to one, and I usually add zero. Here’s the rhyming activity: for each number as you’re counting down, invite the children to call out the rhyming end-words when they come up in the song. You can find the lyrics to this song on my website or at Songs for Teaching.

I have enjoyed customizing this song with a classroom of kids. Start by asking the students to brainstorm rhyming words with each number, starting with nine and counting down. (For the purposes of this activity, the rhymes don’t have to be in exactly the same word families; eight and late are rhymes, but not the same word family because the spellings differ.) Write the words on a board where everyone can see. Then help the children think of lines for each number that fit the rhythm of the song.

For instance, with “eight,” the group might come up with the rhyming words late, date, gate, weight or state, leading to the following lines:

Hey, Dr. Knickerbocker, number eight, hurry up if you’re running late.
Today is Monday, what’s the date?
Come on down and open the gate!
My backpack has too much weight.
Massachusetts is my state.

Chant each line as you clap with the group or tap the rhythm on your legs.

The teacher or students can create cards with each number, 1-9. Depending on the size of the class, assign a student or groups of two or three students to each number. The group for that number will choose the line that’s used in the class-created song as well as the body part that keeps the rhythm. Encourage each group to choose a different body part from the other groups.

Eventually, you’ll have nine or ten verses for your song. Write them out on a big sheet of paper. Take note of which child (or group of children) is taking the lead for each verse. Have everyone sing or chant the song as a group, and have the leaders for each verse/number stand in front or in the middle of the circle.

I hope you have fun with the rhyming words in this song. Don’t have time to create the customized version? Just take a wiggle break with the video!