Sequence Songs – Write Your Own! 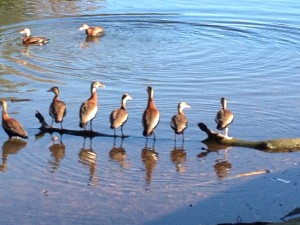 As a follow-up to last week’s post, I’d like to suggest further possibilities with songs that involve sequences. The songs in this post are all drawn from older songs, but have new words. Call it the “folk process.” Call it opportunity. Call it taking a song and making it your own.

The first song that jumps to mind is Pam Donkin’s “Water Cycle Song.” Pam, a family music performer and teacher in Northern California, is one of the lifelong friends whom I met through The Children’s Music Network. Pam sent me a link to her song when I requested song ideas for my recent gig at the Metropolitan Waterworks Museum in Chestnut Hill, MA.

Pam’s song, which is on her album for young children, A Hop, a Skip and a Jump, is a simple song based on an old spiritual. It teaches in a very simple way about the different stages of the water cycle.

That got me thinking about how I might rewrite another sequence song, a traditional song that my grandfather used to sing, “There’s a Hole in the Bottom of the Sea.” You can find the original version on my first album, Make It a Song, Song, Song.

In no time at all, I thought of a water cycle version of this song: 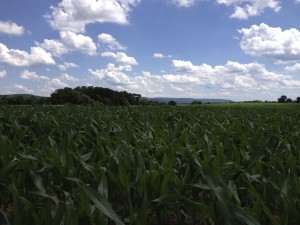 There’s a cloud in the middle of the sky

On the flowers falls the rain from the vapor in the cloud in the middle of the sky.

If you want to hear the tune, I’ve posted it on Sound Cloud. I soon tried it out in a kindergarten classroom, dividing the kids into groups of four. The first person in the group was the cloud, waving a white or pink scarf; the second person was the vapor, with a blue scarf; the third person was rain, with a rain stick; and the fourth was the flower, with the scarf color of their choice. They seemed to like it, and asked to do it again! We followed that with the “Once I Was a Seed” song discussed in the previous post.

All of this led me to think of another sequence song I rewrote, mostly because I felt I had to. The beloved “Peanut Butter” Song had to be shelved for some performances due to peanut allergy issues. Hence, my rewrite: “The Apple Pie and Ice Cream” song! You can find that one in this earlier post. (The “Peanut Butter” song is also on Make It a Song, Song, Song – I love this version!)

It’s not that hard to rewrite these kinds of songs. I’m not just saying this because I’m a songwriter. Give it a shot and see if you can get creative with just about any old song, from Old MacDonald to Here We Go Round the Mulberry Bush.